Skip to content
Previous Next
Guest Blog: Why Bad Workmanship Costs More Than You Think

This post is a guest blog from Dan Leytham, owner and operator of Peak Roofing, a Hamilton roofing company.

As a roofing contractor, I have seen many issues arise from bad workmanship. In fact, just two months ago I came across this egregious example of incompetence! 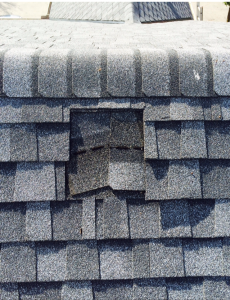 Instead of installing the air vent like they were supposed to, the workers simply stuck two pieces of shingles underneath the hole and called it a day! I was enraged that a homeowner who had paid good money to have the work done right was the recipient of such gross incompetence.

Unfortunately, the cost of bad workmanship can extend far beyond the price of repairing the initial issues. Luckily, I caught the issue within a couple months of the roof installation and informed the homeowner that he needed to immediately contact the company to install the vent. But just imagine the damage that would have been caused if it had been left! It was only a matter of time (weeks or months at most) before those shingles blew away or cracked, leaving a gaping hole for water to pour directly into this man’s attic. And since it was a two storey house with a steep roof, he would have never known until it was too late and he had thousands of dollars of damage to his attic, ceiling, electrical and a myriad of other issues!

The same can be said of eavestrough. The symbiotic relationship between your roofing and eavestrough systems is one of the most important on your house. An improperly sloped eavestrough job can easily create ice dams that back up underneath your shingles that will eventually melt water right into your attic and potentially your house, creating board rot, mold and a host of other issues. Conversely, if your eavestroughs do not drain properly you can end up with excessive water near your foundation and a potentially flooded basement.
Understandably, homeowners are sometimes seduced by low prices and should rightfully be considering what the best value for their hard earned money will be. Just be careful and wise! Sometimes the “cheapest price” up front can cost you more in the long run.

The Eavestrough Company is guided by these fundamental principles.